Insurance for when what should never happens, does!

The sentiment of ‘it’ll never happen to me’ is unfortunately, all too common. And it is especially so amongst a cohort of people (high earning executives, professionals and business owners) who have a lot, and I mean a LOT, to lose when what should never happen, does. Personal risk insurance as part of a well-considered financial planning strategy is a must.

However, there’s another saying too, and it goes like this “only insure what you can’t afford to lose” which begs the question… can your spouse, children, parents or even your siblings afford to care for you if you have an accident or illness that requires 24/7 care?  This article describes an actual event for an executive couple in their 50’s, and while it is a little long, I implore you to invest the time and read on…

When we met Ben and Sally (not their real names) they were seeking financial advice as they’d realised their financial affairs and high earnings which included an ESS, had reached a point where they needed financial advice. Their enquiries didn’t initially include personal risk strategies, as they, like many people, had considered insurance a separate matter rather than a key pillar of their financial planning.

First, we helped them to understand the difference between their perceptions of insurance advertised on TV and the value of properly ‘advised’ personal risk strategies.

Then, we covered the purpose of their personal risk strategy, and if they ever needed to make a claim, how it would apply to them directly and impact their dependants’ (they had a couple of kids) financial security and the legacy they wished to provide.

They followed our advice, and a couple of years later they received the devastating news that Ben had cancer.

His diagnosis was a shock. Never in their wildest dreams had they thought it would happen to them. We immediately activated a claim process on Ben’s income protection policy and his trauma cover policy and benefits from each policy were paid.

The payments provided financial support that enabled the family’s lifestyle costs to be met as well as Ben’s considerable medical costs. His early treatment was successful. Ben recovered and returned to work. At this point his income protection payments ceased.

However, the cancer returned and Ben was terminally ill. His treatment would be palliative.

Unable to work, we coordinated with the insurers on their behalf and Ben’s income protection insurance benefits were reinstated.

We continued to represent Ben and Sally’s financial interests which quickly escalated to an entirely new level of complexity. We collaborated not only with insurers but also trustees of their super funds, lawyers and accountants, as matters of estate planning and tax were very much part of their new strategy forward.

Ben would never work again which brought his Total and Permanent Disability (TPD) and Life insurance policies into play. We had recommended the TPD policy be ‘super owned’ as it created a day-to-day cash flow benefit, but it also included a lesser known ‘buy back’ feature. The ‘buy back’ enabled the TPD benefit to be paid and the life cover to be reinstated after 12 months if Ben had not passed away during that time.

This was important for Ben as the TPD entitlement would fund his expenses for the remainder of his life. For Sally, Ben’s life insurance would provide significant funds for her future, and that of their children.

But there were complexities relating to how that money could be paid. This time we merged our insurance and financial planning advice, with tax advice.

While the TPD benefit could be paid to Ben personally as a lump sum, if handled incorrectly, it would create a significant tax implication as he and Sally were both aged under 60 at the time.

Because Ben and Sally already had savings and they were receiving Ben’s income protection benefit and had access to Ben’s superannuation under both the TPD and “terminally ill” conditions of release, we advised them that they didn’t need the TPD funds paid out of the superannuation environment.

In collaboration with their accountant, we recommended the lump sum TPD insurance payment remain in Ben’s superannuation fund where there would be no immediate tax payable.

Our next steps were to consider Ben and Sally’s combined circumstances and utilise every opportunity to make the most of their financial position once Ben passed away.

Now that he was no longer working, we split Sally’s concessional superannuation contributions with Ben. This increased the amount of funds in superannuation which could be accessed under Ben’s TPD and terminal illness conditions of release if required. We then established a SMSF, which strategically was the key step in delivering the best possible financial outcome for them once Ben passed away.

There was a lot of strategising involved, but suffice to say we negotiated with Ben’s superannuation funds (he had two) and rolled most of those funds into a newly formed SMSF.

We also recommended retaining an amount of money in one of Ben’s super funds rather than rolling it all into the SMSF. This was to provide access to tax-free money under the terminal illness condition of release for the Ben’s super fund, which Ben and Sally could use to pay their day-to-day expenses and their extensive travel plans for the time they had together.

There were a range of strategies within strategies that involved important sequencing of events, which if they’d been implemented in the wrong order, would have caused a significant tax obligation and reduced the financial outcome achieved.

On the back of all this, legal structures were established to protect the family’s assets both from a tax perspective but also from unwelcome claims against their estate. We collaborated with their lawyer during the establishment of the SMSF and then to review Ben’s estate plan to ensure his wishes for Sally and children would be met.

I appreciate that Ben and Sally’s financial story is unusually complex, but in our experience the best possible outcomes in the worst possible circumstances usually are.

Awful unexpected events happen to people every day and who are very often in the prime of their lives and have a lot at stake.

If you’ve been thinking about personal risk insurance and don’t know where to start or indeed if you are an insurance sceptic, I invite you to contact me.  I promise you, should you take up my offer, our discussion will be with no-strings-attached.  I’ll provide information and insight, then you can take it from there.

Personal risk insurance is important.  It’s often misunderstood as one size certainly doesn’t fit all. What’s needed is an ‘advised’ approach in context of your overall personal and financial affairs. I’d like to help.

James Marshall is the 2021 ifa Holistic Financial Adviser of the Year.

Post Script: The outcomes achieved were in no small part due to our own determination to help Ben and Sally. This included our network of quality service providers. It needs to be said, that not all insurers would have allowed such strategies to be implemented. Indeed, many would have forced the TPD proceeds to be paid as a withdrawal from the superannuation environment, disallowing funds to be retained in a super environment, which would have created a different financial outcome. It’s also important to note, this article is based on a particular client and their specific circumstances. The approach taken here may not be suitable for others.

Executive Strategies is a specialised information hub for executives and senior managers who may have founded their own business or who work for growing private, ASX listed companies or government businesses. Its purpose is to provide access to specialist advisers and information that addresses the often-complex issues affecting their personal prosperity.

Stratus Financial Group and its advisers are Authorised Representatives of Fortnum Private Wealth Ltd ABN 54 139 889 535 AFSL 357306. This is general advice only and does not take into account your objectives, financial situation or needs, so you should consider whether the advice is relevant to your personal circumstances. You should also read the relevant Product Disclosure Statements (PDS) before making any financial decision.

Please note: Tax advice and other services not offered under the Fortnum Private Wealth AFSL are referred to appropriately qualified professionals. 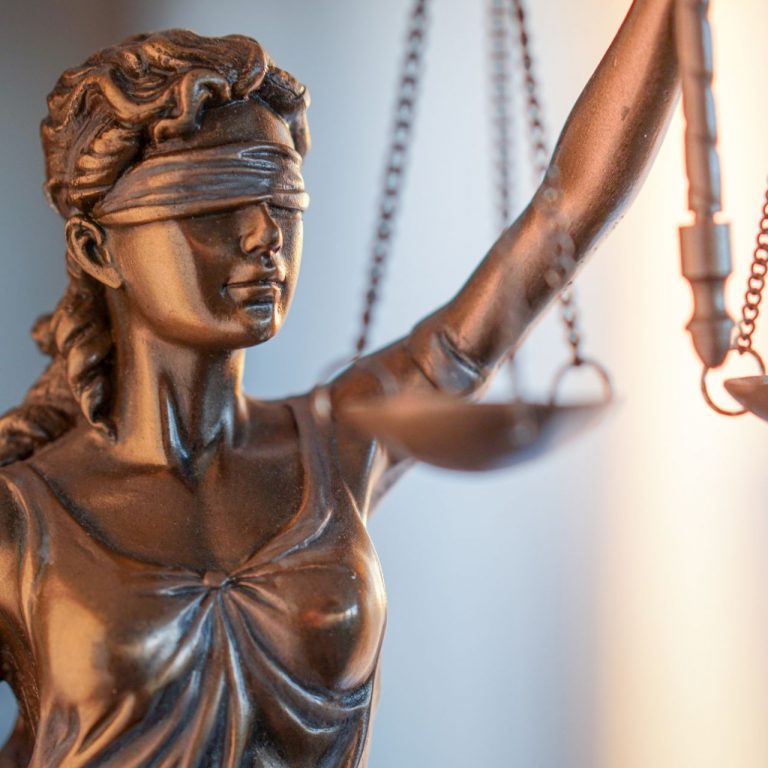 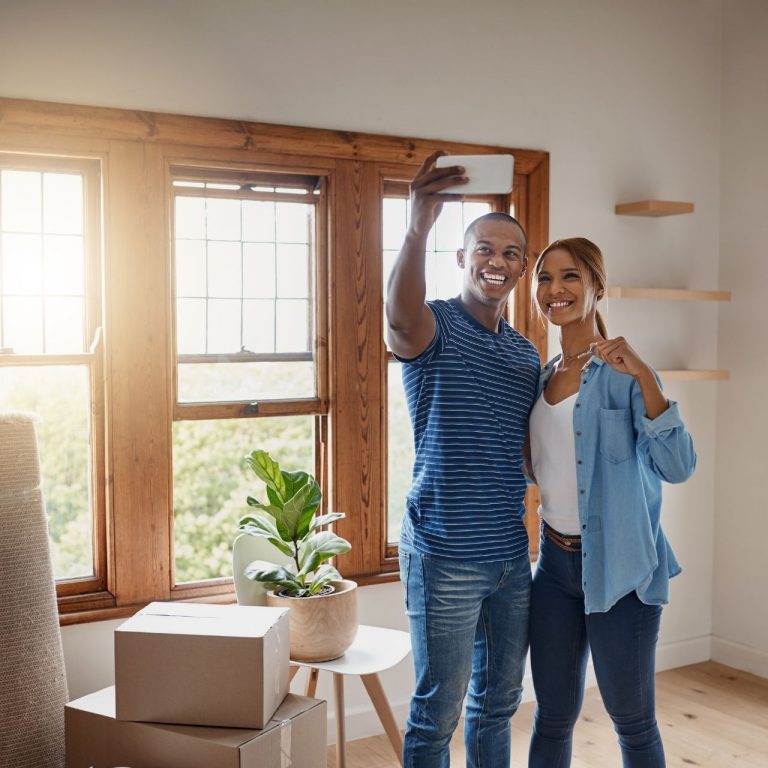 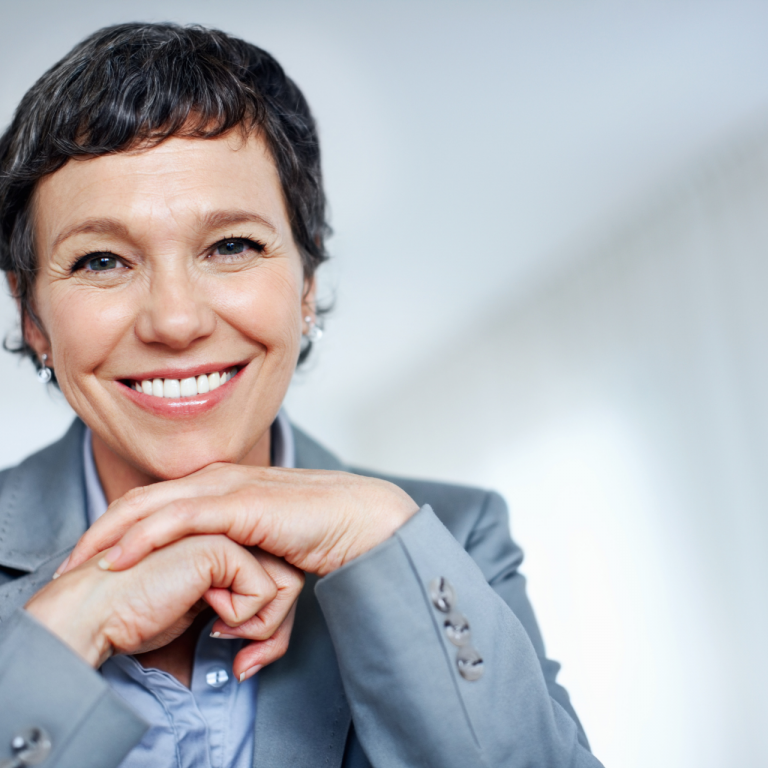 What does a job promotion and increased executive salary mean to you? 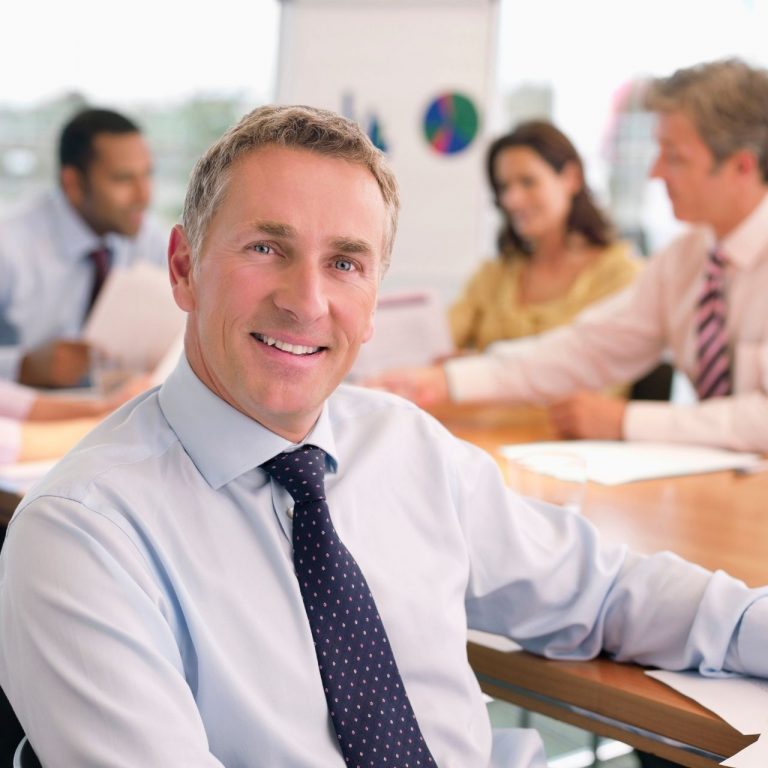 Are you a financially sound individual? 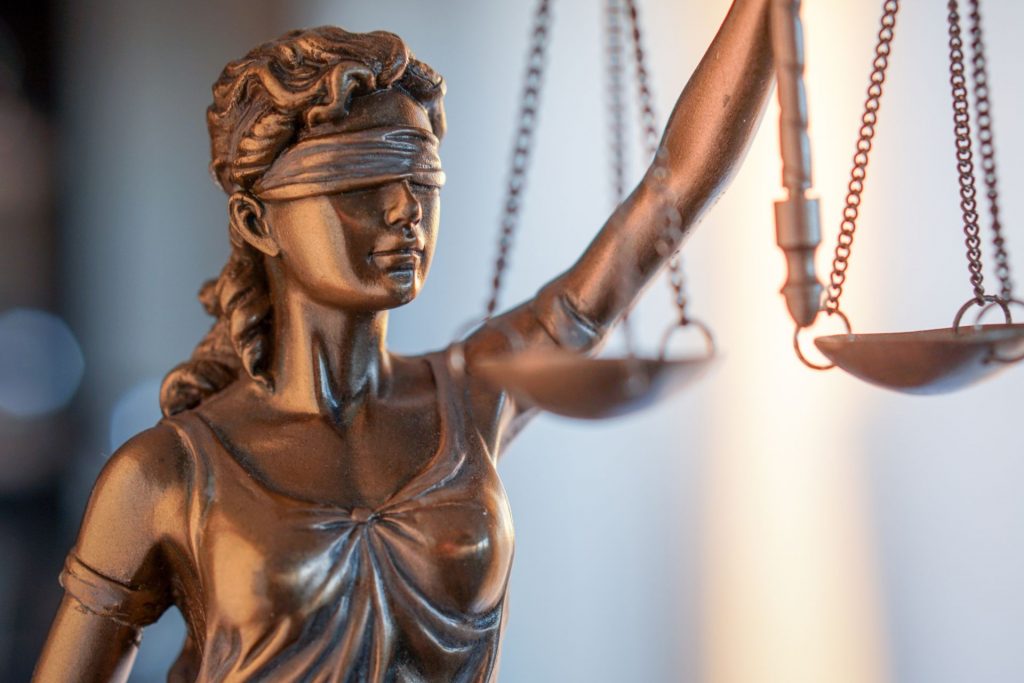 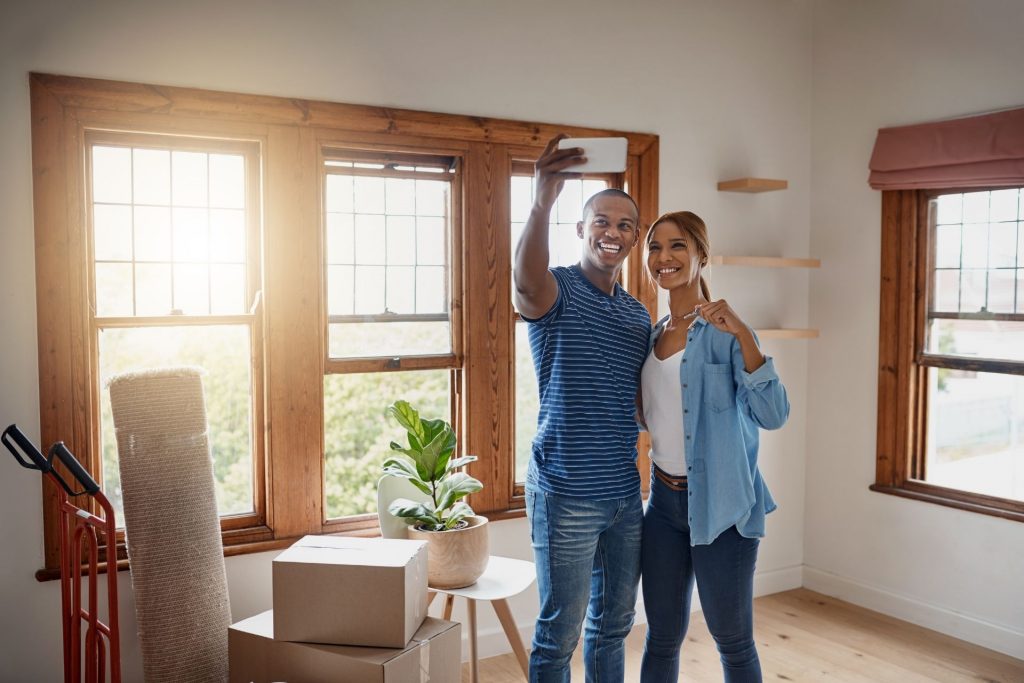 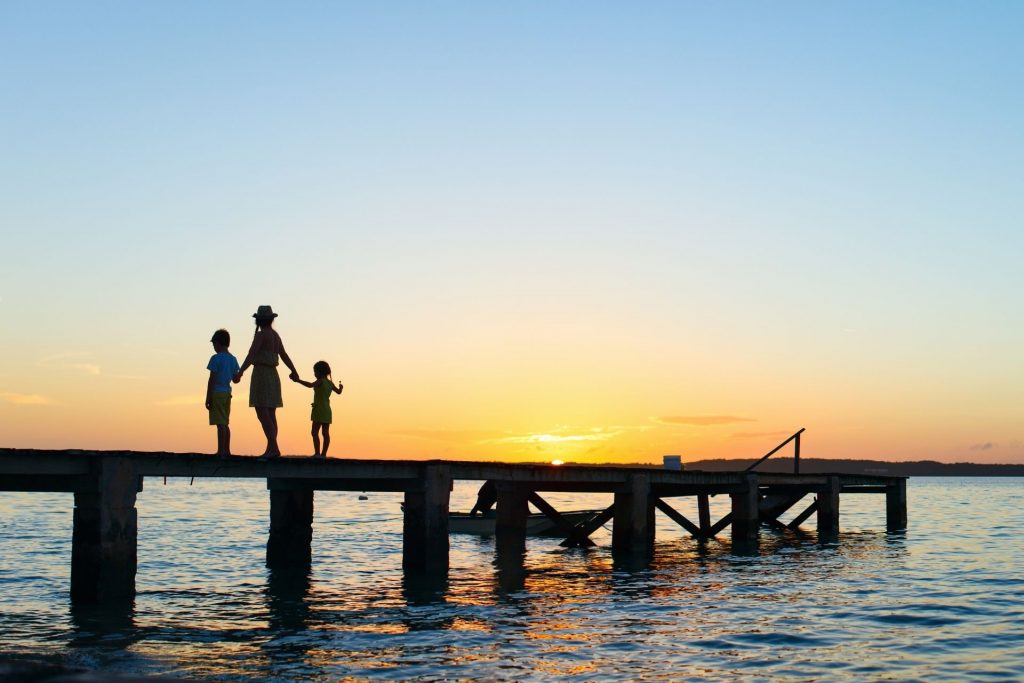 Insurance for when what should never happens, does! 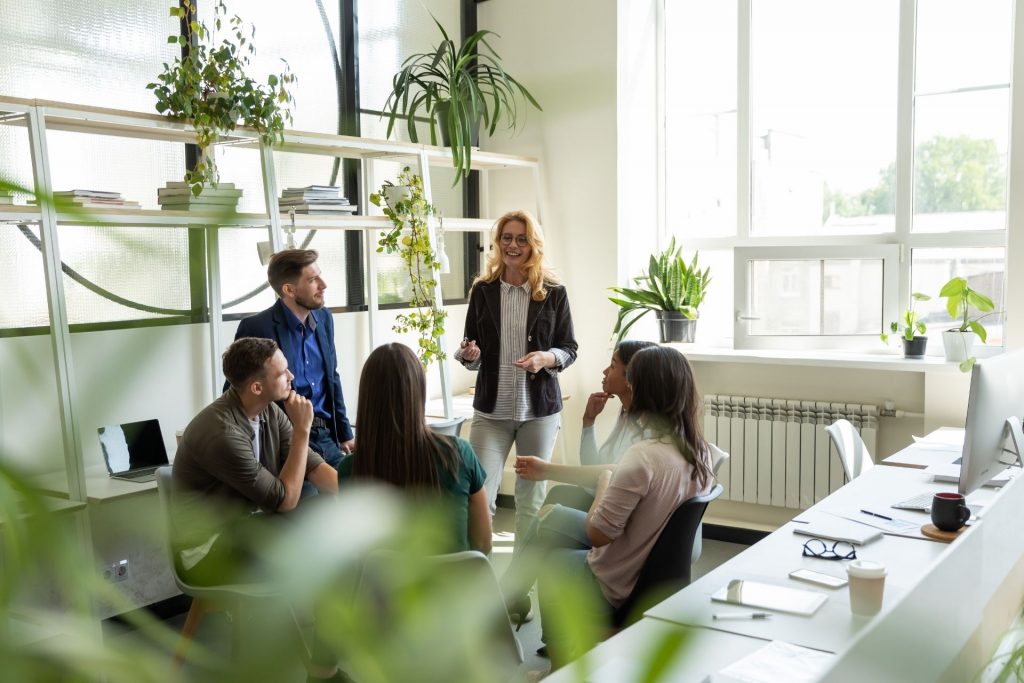